FULL STEAM AHEAD FOR THE NATIONAL STEAM RALLY 2023

The National Steam Rally is a fun-filled Family Friendly event, and we look forward to seeing you all in Stradbally,
for our Irish Steam showcase event in August 2023. 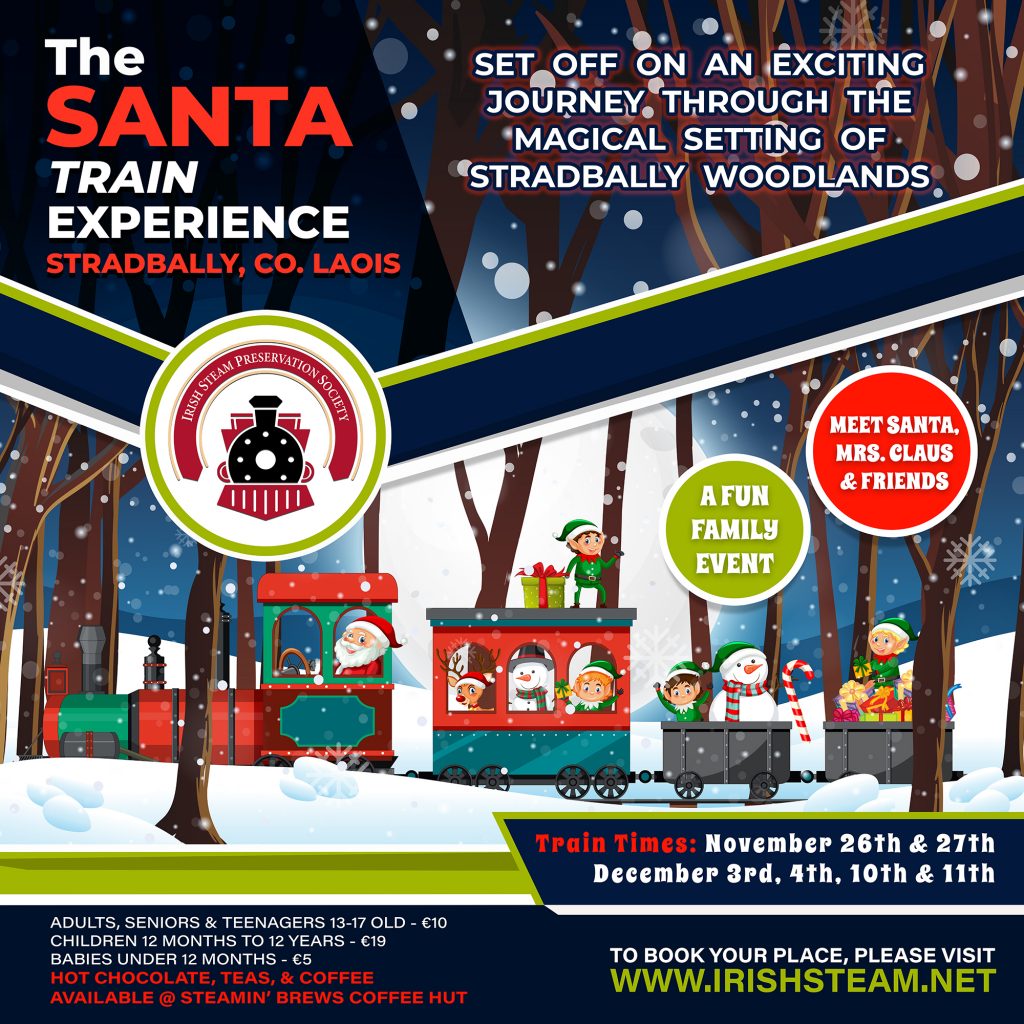 Join us and set off on an exciting adventure through the magical setting of Stradbally Woodlands. Get to meet Santa and Mrs Claus and their band of merry elves. Check out our Steamin’Brews Coffee Hut and enjoy a hot chocolate while you take a wander through the stalls of our Christmas Market.

The Stradbally Woodland Railway opened in 1969 as the first volunteer-run heritage railway in Ireland. Situated in the woods of the Stradbally Hall estate, the railway stemmed from an earlier idea which saw an original Guinness Brewery steam locomotive steamed while mounted on blocks for the August 1968 National Steam Rally. A short section of 1ft 10½in track was laid for the 1968 event and the engine pulled several passenger carriages. In 1969, the line was relaid to 3ft gauge following the arrival of our steam locomotive, the pride of the fleet, 1949-built Andrew Barclay 0-4-0WT No 2/LM44 Róisín.

This year Róisín will have the very important job of hosting Santa, Mrs. Claus, lots of busy elves and lots of lucky families, as they journey through the magical setting of Stradbally Woodlands!

Since 1966, all of these events have been held in the superb grounds of Stradbally Hall, Stradbally, Co. Laois by kind permission of three generations of the Cosby family. This year’s event takes place from 5th – 7th August 2023.
LEARN MORE 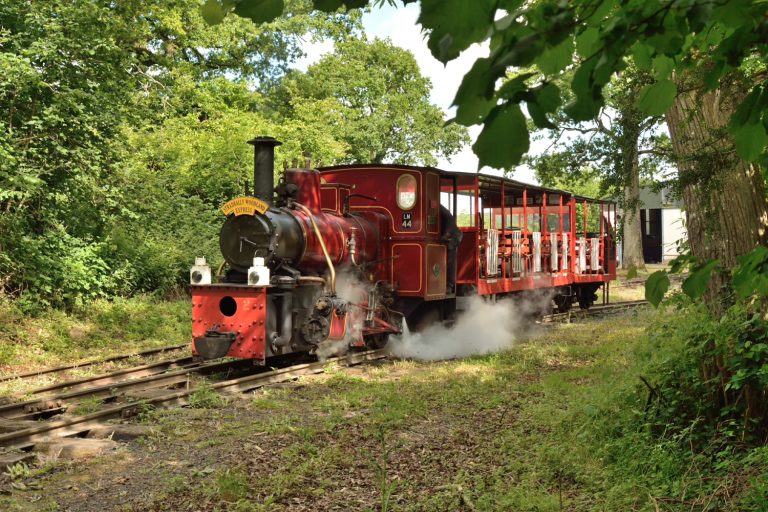 Experience a family day out with a difference on Ireland’s oldest heritage line, operated entirely by our volunteers.
Enjoy a relaxing train journey through the woods behind our 1940s steam locomotive, Róisín, which has been based in Co Laois since 1949 and once worked on the bog railways of Bord na Móna.

The Railway runs through the grounds of Stradbally Hall and opens every bank holiday weekend and selected dates between St Patrick’s Day and Halloween. 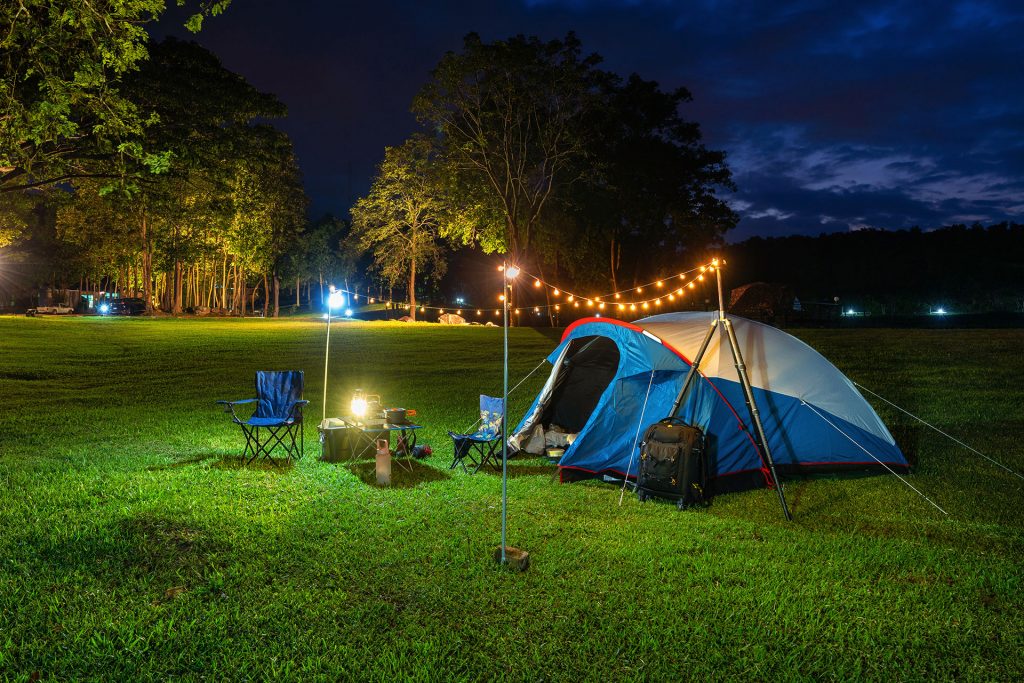 Weekend camping and caravan parking are available for this year’s National Steam Rally. The facility is available from 2pm on Friday 4th August, until 11am on Tuesday 8th August.

The campsite is monitored by security at all times, with water, toilets, a shower unit, and waste disposal, all provided on site.

So why not really make a weekend of it, and book your stay in the glorious surroundings of Stradbally, Co. Laois!